Walking down the isle: the father-daughter moment

Walking down the isle: the father-daughter moment 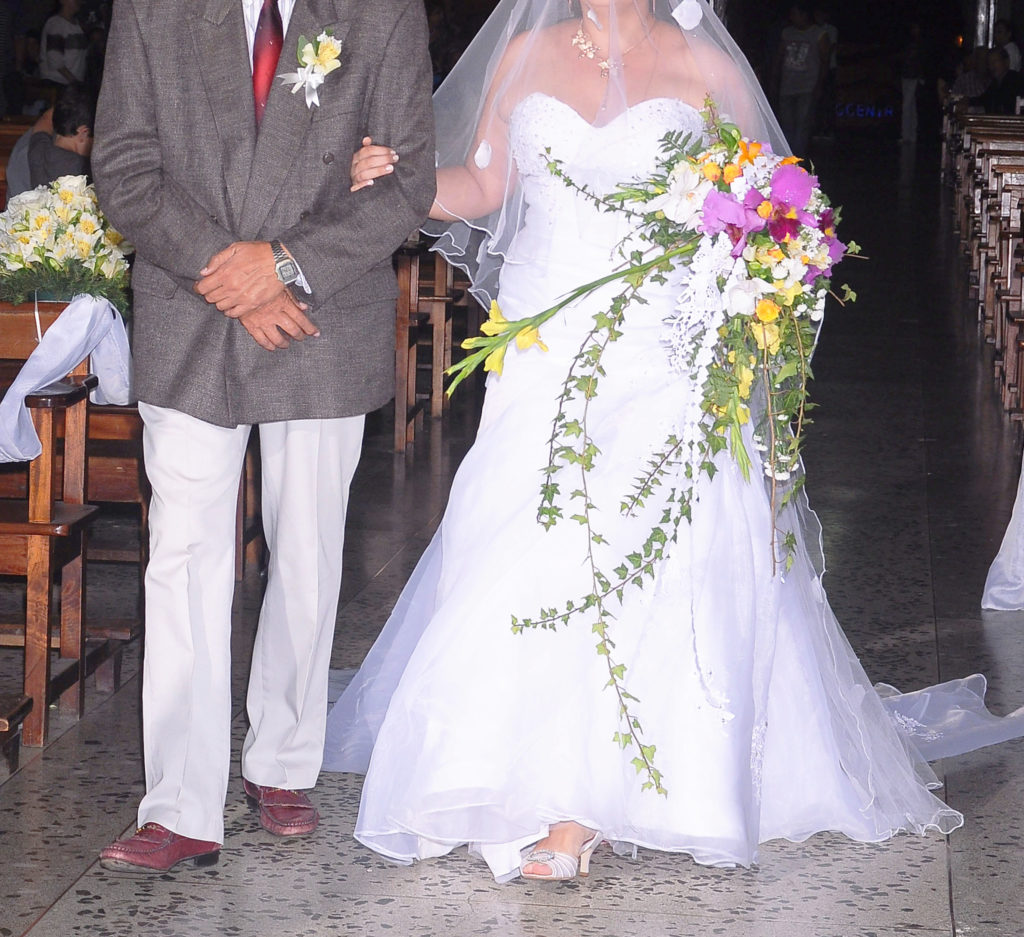 My father is not an emotional person. He’s always laughing and joking and teasing everyone. He’s a very merry character. But when it comes to sentimental demonstrations he remains cool. father daughter

This has been his way for as long as I’ve known him. He can be a hugging, kissing and praising person, but always keeps it together.

So it was a big surprise for me to see his eyes all red and watery when I walked into the church wearing my wedding dress.

He had never seen the dress, not even in pictures. father daughter

At the time he was upset and impatient, because I was very late that day and the wedding was delayed. He had arrived there with military punctuality and was expecting to leave at just the appointed time. Instead, he paced back and forth for almost an hour waiting for me.

There wasn’t much time for greeting and chatting since I had to rush in and we were hurried to get started right away. I barely had time to fix my dress a little, stand in line behind the bridesmaids that were ready to go in and, at the last minute, remembered to pull my veil over my face.

I barely had time to take his arm and we were being shoved inside the church. father daughter

The photographer stopped us at the beginning of the isle to take our photo (although I think he should have captured that moment quietly from the shadows and not interrupt us in the process), then the protocol lady signaled tom me that I was holding the bouquet upside down and I quickly fixed it and we started pacing as the music played.

Since my entrance had been a bit rushed, now that everything was back to normal, I wanted to take in the moment so I walked slowly and took a mental picture of everything. I looked at the flowers on the altar, the benches, the isle ahead of me, the groom at the end, all blurred by the dim lights and the veil over my eyes.

Then my father whispered “Do you want to run away?”

This was his way of both, joking to tune down the emotional moment, and reassure me that, if by any chance I got second thoughts and wanted to back out, he’d support me.

That’s my father. He has unusual ways to show it, but he always supports me, no matter what.

This was a very important moment.

Ever since I was little I always had the feeling that I was missing out on my relationship with my father.

We didn’t live together while I was growing up. He missed a lot of birthdays, Christmases, school plays, even my college graduation. And this was my last shot, the last “father-daughter thing” on the book was to give me away at my wedding.

For years I was certain this would never happen because I didn’t expect to ever get married.

For all the things that went wrong on my wedding day, the bad weather, the dress disaster, the missing guests and whatnot, I was glad that one thing did turn out exactly as I pictured it.

Those few minutes made up for a million things that we missed out on in the past.

bride father of the bride walking down the isle wedding day