I didn’t want a train, then I couldn’t get enough of it

I didn’t want a train, then I couldn’t get enough of it 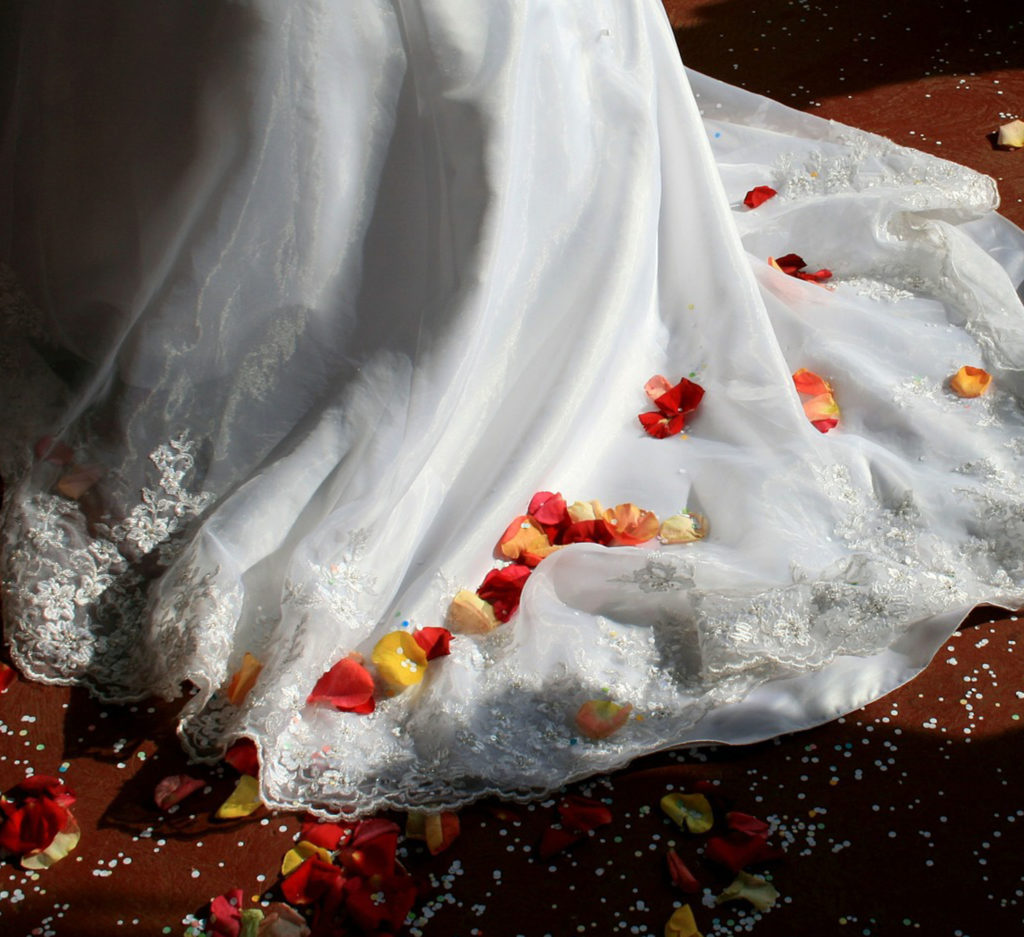 Call me crazy, but for most of my life I considered typical wedding dresses, well, ugly.

I believe that simplicity leads to elegance. When it comes to clothes less is more, so the big, fluffy dress with the 3 tons of fabric and excess adornments seemed overwhelming.

I always thought if I ever got married my wedding dress would be quite simple. Think Jenny from Forrest Gump. Just a light gown and a flower crown.

The first time I started looking at wedding gowns my eye fell on the simple ones. The simpler the better. I kept seeing big skirts with trains and thought “that is so not me”.

Also, being a practical girl, I figured being comfortable on my big day was essential. A heavy, voluminous thing would probably be annoying. I remembeedr trying on a big ball dress once and thinking how heavy it was and how hard it was to move in it.

In college I attended a friend’s wedding and I had to hold her skirt while she peed. Needing assistance to go to the toilet was one thing I wanted to avoid at any cost.

Then there’s the petticoat and crinoline business. I had to rehearse how to sit down without the hoops going over my head.

Considering that my wedding dress would be on me for a few hours, during which I had to walk around, sit at the table, dance, climb stairs, get in and out of cars, take the elevator… pee… I wasn’t sure I could pull it off.

Then I remembered that a few decades ago all women wore big skirts and hoops on a daily basis and they managed. If they could do it, so can I, right? When it became a challenge, the idea seemed less appalling.

But the train thing still bothered me.

When my brother got married his wife wore a tail and everybody kept stepping on it.

When I  finally decided to buy a dress, after much doubting and thinking, I chose one that wasn’t so long. At least it didn’t look so long in the photo. I bought it online, so all I could see was two photos, back and front, without too much detail.

When the dress arrived and I pulled it out of the package there it was -a 2 meter organza train! It was a detachable train, that clasped the corset with two invisible buttons, so I could wear it during the ceremony and then take it off for the reception. It was the most clever thing I’d ever seen.

For a while I wasn’t sure if I wanted the train at all, but it was so beautiful it seemed like a sin to leave it out.

When I saw the pictures of my wedding day, the train was my favorite thing. I always thought I hated trains, but now was glad I had chosen that model. Perhaps if I had known it had a train at all I wouldn’t even have picked it at all.

By the way, if you decide to wear a train, really wear it! I was over protective of mine and sometimes I didn’t let it show off, always holding it up. Let your train run wild; never mind if it gets dirty.