Have brides always worn the wedding dress as we know it today?

Have brides always worn the wedding dress as we know it today? 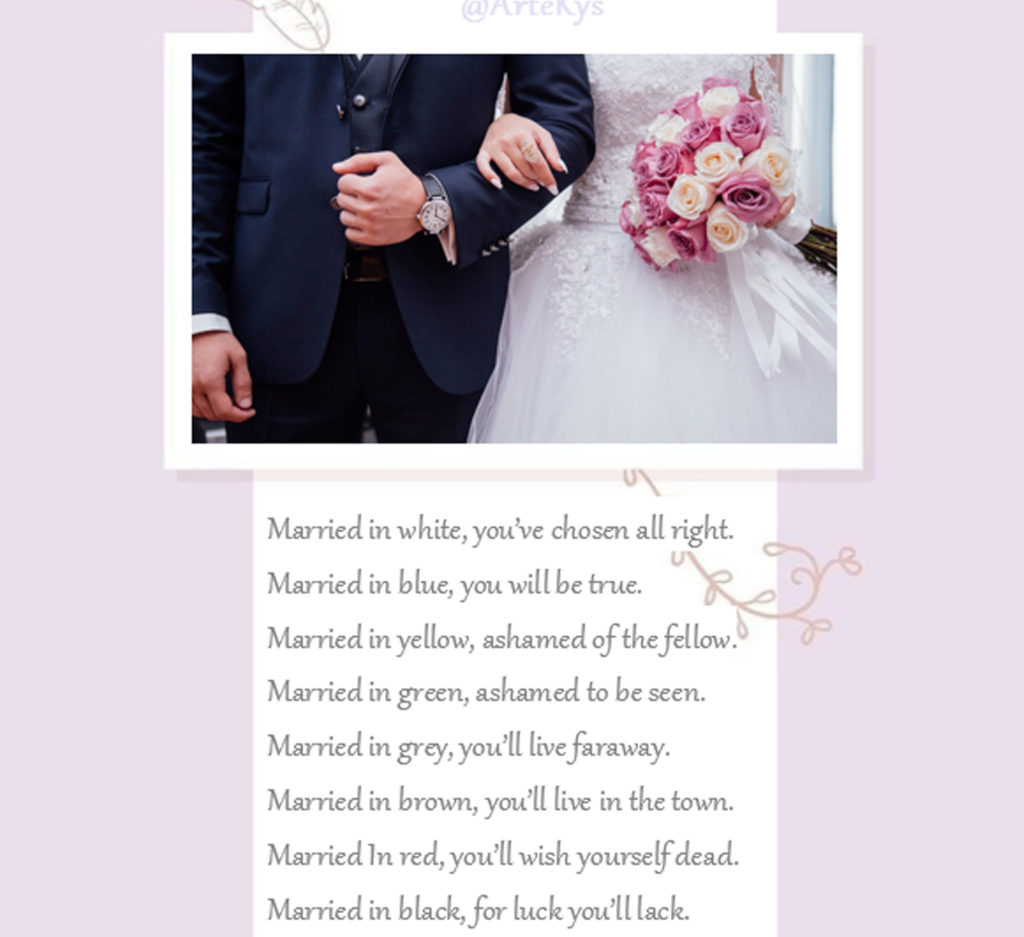 The dress, the wedding dress… The star of any wedding, that thing that women dream about even from the moment they receive the ring on their finger (or years before that!) Yes, that dress : sophisticated, elegant, expensive, full of exquisite details and… so white! Whenever you picture a bride you imagine a white dress. White is the bridal color, the trademark or wedding fashion. But, have brides always worn the wedding dress as we know it today, or is it a modern trend?

You might be surprised to know that back in the olden days brides didn’t wear a wedding dress, but simply the prettiest dress they owned. Eventually, they would buy or make a new dress for the occasion. So the choice of colors was wider but… they still had favorites as this old rhyme shows.

It was around the beginning of the 20th century, especially after the great war, that most families had financial struggles, even those who used to be affluent. So most women didn’t have money or resources to get a wedding dress. In fact Queen Elizabeth II is said to have bought the material for hers following the same rationing rules as anybody else, using ration coupons, and had to return donations from women around the UK.

And so it happened that many girls inherited old dressed that had belonged to their mothers or grandmothers. Some who had enough money would commision one of modern design. Some would just fix and upcycle whatever they could find in the house.

And thus, the trend of mixed styles was born. Long, short, ball gown, sleeveless… since each bride would wear what they could, soon there was a great variety being seen around. And though white was still a preferred color, many brides just had to make do with whatever dress they could get.

Have you chosen your style (and color) yet? Stay tuned for tips and tricks to flatter any body shape, coming soon.

Find the best invitations for your wedding here